Natthawan Steele (Oregon LMT #23275), also known as "Noi," was born and raised in Thailand, nurtured in a loving family of 4.  After completing high school and some college coursework, she and her sister owned a successful karaoke restaurant in Bangkok, before transitioning her career to massage in 2006.  She received her initial Thai massage training and certification at the Pavilion Massage and Spa Academy, a nationally acclaimed and industry recognized leader in Bangkok.

Noi began her massage career in Thailand at Pavilion, then desired to expand her skills by working at several massage centers located in Bangkok and Pattaya.  In 2009, She earned certification from The Union of Thai Traditional Medicine Society in Bangkok for Thai Massage. She then worked several years for Savanna Massage and Spa in Pattaya, before moving to Oregon in 2013, where she married her husband, David Steele.  In 2018, she became a United States citizen. 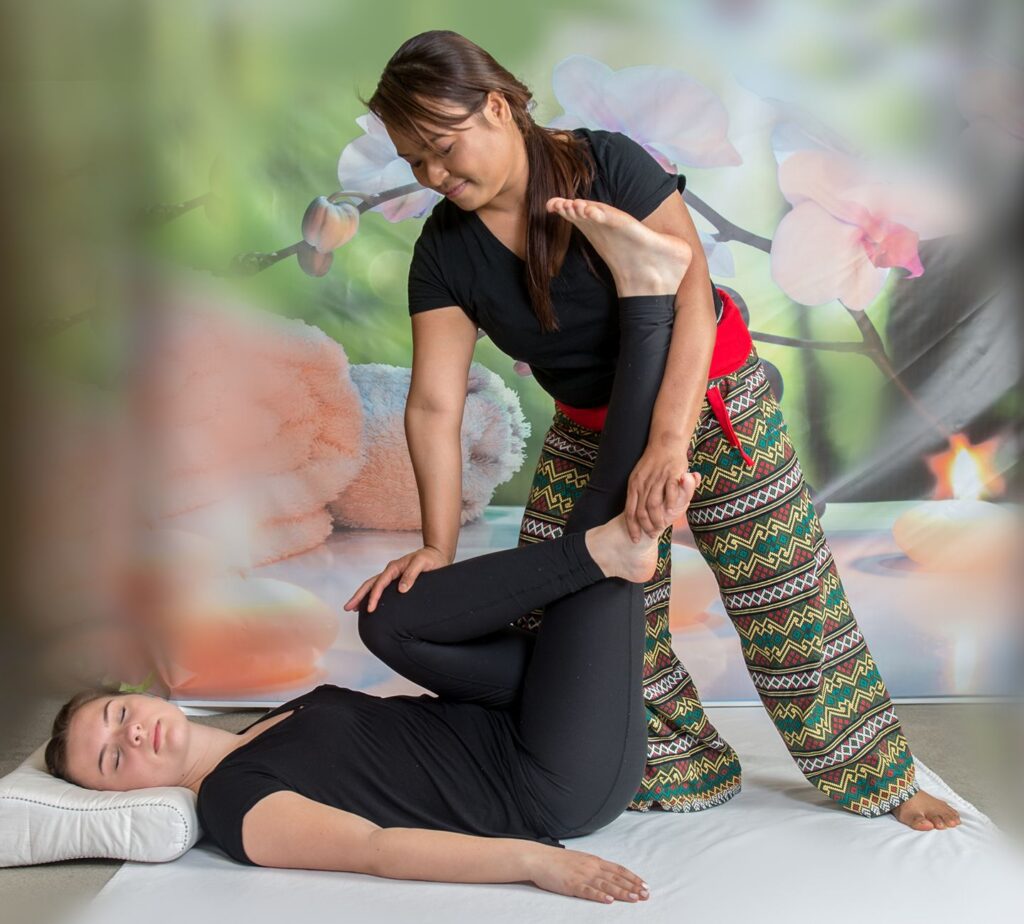 Upon moving to the U.S., Noi attended Clackamas Community College and then East West College of the Healing Arts in Portland, where she earned her diploma in massage therapy.  She has returned to Thailand to receive an additional 400 hours of continuing massage education toward mastering her craft.  She was also trained and certified as a Chiropractic Assistant, working side by side with physicians.

Noi's specialty, based upon more than 13 years of experience, would clearly be the Thai Massage. With that being said, her extensive training and experience allows her to proficiently provide a wide range of therapeutic massage services and modalities, including therapeutic intervention for injury rehabilitation. She looks forward to continuing her career in massage, helping people to feel better.

Jon Schaeffer, LMT (Oregon LMT #023475), Jon fell in love with, and become fascinated with, the field of massage therapy during multiple travels to Thailand.  He attended the Everest Institute in Tigard, completing a 625-hour course curriculum over a 9 month period and has been a practicing in Oregon since 2017.  Jon has experience working side by side with physicians at several Chiropractic and massage practices and has extensive training in cupping, fire-cupping therapy and table Thai massage therapy.  He actively received Thai massage treatments from Noi over the past 2 years and has learned many of her techniques, that he incorporates Thai into his practice style.  Jon looks forward to utilizing his experience to help make people heal their bodies, and feel their best!

It is our desire to employ therapists and staff who will greatly compliment Massage Comfort and Spa Inc.  At the same time, we desire to keep great staff that is honest, friendly, respected and liked by both staff and clientele.  You must be a person who is prompt with their schedule and is regular with their work as scheduled.  Our spa performs many available modalities however emphasizes Thai massage.  If you don’t know many modalities and specifically Thai massage, you must be willing to learn and be able to specialize in that therapy.

Since we are in the health care industry, we can’t allow use of recreational or illegal drugs.  Any use of prescribed drugs must be disclosed to management if being used while working as staff.  As circumstances allow, we will provide compensation and benefits that promote good will toward the goal of retaining good staff.  If you help to make us successful, then we should help to make you more successful.

If you feel that you meet these conditions, please email us at noi@massagecomfortandspa.com with your resume.